Complacency–it’s a habit, a frame of mind, a way we set ourselves up for loss without even realizing it. Remember the 2004 USA Olympic men’s basketball team? It was a huge disappointment. This was the year in which a star-studded team coached by Larry Brown let complacency get the better of them. The team had the

3 Ways to Simplify Your Evernote Experience

Evernote is simply one of the best tools you can access Evernote—one of the most useful personal organization tools I have ever seen–can become a messy closet real quick if you let it. The good news is there’s an easy fix. Evernote right out of the box is pure potential. To activate that potential, you

Readers have been asking our perspective on specific niche businesses. We continue this series (we looked at restaurants in vacation destinations in the 1st article) with the business of residential real estate. Low interest rates, an economy doing well, cities growing fast–it all sounds perfect for real estate. But there are only so many deals

4 Things You Can Learn from Kevin Durant’s Career Move

In a decision that rocked the NBA, Kevin Durant left the Oklahoma City Thunder to join the Golden State Warriors. I am not here to debate whether this was a good move or not and if you agree with his decision, but there are a few things you can learn from Kevin Durant. 1) Do What’s Best

Banned From Rio: What Can You Learn from the Russian Track and Field Team?

The Russian track and field team is officially out of the Rio Olympics after getting caught doping. For more details, check out this article in the New York Times. Usually, it’s individual athletes who get banned for cheating, but this time the conspiracy was so widespread that the entire team was caught up in the

The Cleveland Cavaliers won the NBA Championship, in part, because they were lucky enough to have some great players. Maybe that sounds like a put-down, like they didn’t work for it, and that’s not what I mean at all. This is not me raining on the Cleveland Cavaliers’ parade—which, by the way, was an incredible

What’s the Difference Between Par and Bogey in Golf? Everything!

and how you can apply it to your business   Crush your competition. We hear that all the time. But what if there’s another, better, way? Ohio State and Rutgers have formed an alliance for the greater good by holding a joint high school football training camp. But aren’t the two teams opponents? Don’t they compete

3 Ways Having a Short-Term Memory Can Help Your Business

How often have you heard that cornerbacks in football need to have a short-term memory? Well guess what? In sales, you need a short-term memory too. When cornerbacks mess up, everyone notices, but they can’t afford to spend the rest of the game distracted and wallowing in self-doubt. For example, take the 2015 story about

Why Did You Open a Restaurant in a Carolina Vacation Destination?

As we receive feedback from our audience, we are asked about how we would go about doing certain activities in specific niche businesses. So we will take these questions and create articles for you. Here is the 1st one on why did you open a restaurant in a Carolina vacation destination. Something we have witnessed 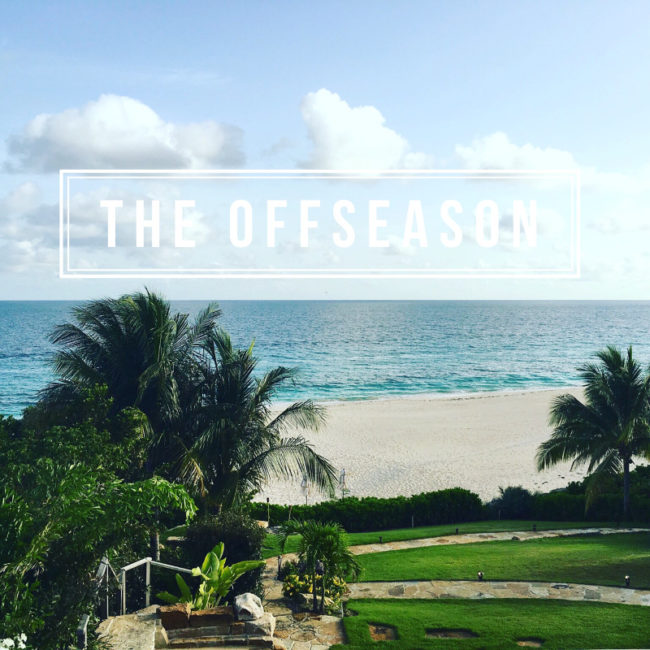 3 Ways to Improve You and Your Business in the Offseason

It’s the offseason now in many sports. In others, the offseason approaches. Off the field, a lot of us share the sense that the summer should be downtime. I was talking with an associate, Paul Greiner about this the other day. Paul is a consultant that helps business owners and leaders make the leap from okay

In the fall of 2015, we wrote about the Baylor football program and how they were not managing their negative publicity. The problem was that a student had transferred into the program despite a prior accusation of assault. When that student was convicted of sexual assault while at Baylor, many people questioned how much Head

It’s late spring. NFL Teams have made their draft picks and are now in the early stages of mini-camps. Soon enough, training camp will be here. Information is flowing at a rapid pace to the new, young players—and maybe it’s too rapid. Talent needs time to develop. While all teams are looking for the next

5 Ways to Hire Character in Your Business

Every year it happens—talented players fall in the NFL Draft because of character concerns. In the 2016 NFL Draft, one player’s stock dropped moments before the draft due to newly found problems in his background. The actual details are not the point here, the issue is the importance of character, in sports and in business. 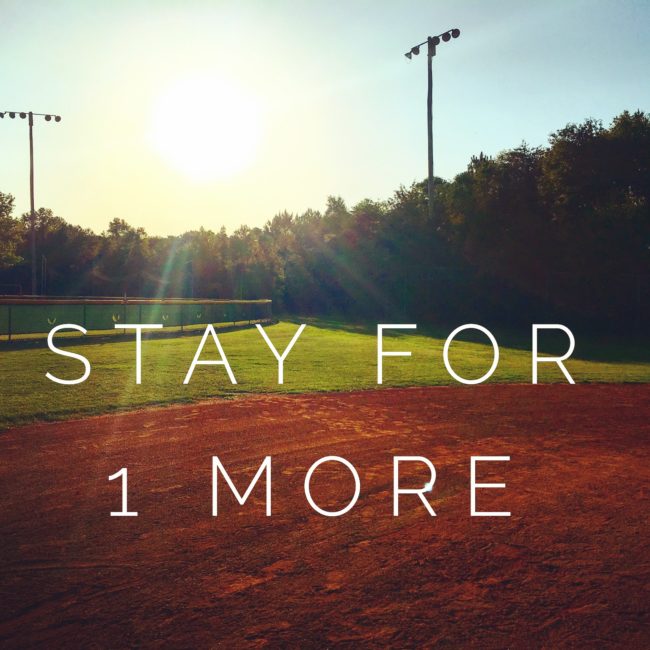 What Can U6 Girls Softball Teach Us in Business

My five-year-old daughter has thoroughly enjoyed her first softball season. She likes every aspect of it, including the anticipation of the snack after the game. That is BIG motivation for the 6 and under softball team. But one Saturday morning she seemed a little less into the game. It happens. She’d already had a long

The 4 Ways Marcus Mariota will have a Successful NFL Career

Marcus Mariota built an impressive career in college football, winning the Heisman Trophy, among other honors. In 2015, he was the second overall draft pick, right behind Jameis Winston. With the Tennessee Titans, he became the first NFL quarterback in history, and the youngest, to get a perfect passer rating in his first regular season

Counted Out? Not So Fast: 3 Reasons OKC Won Game 2

Game One of the Western Conference Playoffs between the Oklahoma City Thunder (OKC) and San Antonio Spurs ended quickly. The Spurs won–by a lot. The buzz from the sports talk shows over the next couple of days was that the series is over, that playing through the rest of the series is a joke, that

and How You Can Apply it to Your Business   For three years now, the St. Louis Blues have lost in the first round of the playoffs. History seemed about to repeat itself this year as their first round opponent, the Chicago Blackhawks fought back hard after being down three games to one, to tie

Basketball is one sport where if you commit too many fouls, you can’t play anymore. Often times, the coach needs to sit a player to keep them eligible to play later in the game. The big problem is the coach then needs to replace a good player with a lesser player. It might seem there

The Sky Hook: Making the Most of Change

Unexpected change can hurt your game, or it can be a tremendous opportunity, depending on how you respond to it. That is one of the messages in John Wooden’s brilliant bestseller, Wooden on Leadership, and it’s a point that jumped out at me when I read the book, partly because my colleague, Jared Nichols, often

3 Reasons Execution Wins as Proven by the Villanova Wildcats

The Villanova Wildcats just won the National Championship on a buzzer beater. If you haven’t seen the play yet, here it is. How did they do it? Execution. Execution means putting a plan or a process into action. Each step leads to the next and, hopefully on to success. But miss any step or aspect

Who Wants the Ball

The Final Four, the NBA Playoffs—a time when everything will come down to who wants the ball. Coaches will be looking for their go-to players, because that’s who will have the best chance of winning the game for them. Notice, I didn’t say that’s who will win—there are no guarantees, and even the best of

Basketball is a game of runs–and business can be to. Knowing this is critical. Why? Because not all runs are of good luck. There are days when just everything goes wrong and then keeps going wrong. And how you deal with those tough days, how well you can keep your cool, is ultimately what separates

Who can forget that moment when Michigan tried to call a time out that they didn’t have? It was one of the stand-out time management blunders in the history of sports. Mismanaging time can be a great way to lose off the court, too. Don’t take my word for it, look up pretty much anyone offering

March Madness: 6 Ways to Get on a Hot Streak

March Madness is here, the grueling six-game playoffs of college basketball. Many factors lead to success, including talent, matchups, and hard work, but in the end, the team that gets on a hot streak will be crowned National Champions. Experts have argued for years over whether hot streaks really exist, but the latest research suggests

I have a colleague, Tom Hamilton, an entrepreneur who maintains a blog for his company, Hamilton Edwards, and recently posted something that made me think about Sportsepreneur. I thought it would be good to summarize it for you and then send you to his website so you can see it for yourself. The piece starts with

You’ve seen it before. It’s third and two. If the defense stops them, the momentum will turn. The quarterback calls out his cadence–the stadium thunders–this is it! Except… The defense jumps offsides before the play even happens. 5 yard penalty. First down for the offense. This is what I think about when someone I don’t

College Recruiters Tell a Story: You Should Too

Picture yourself as a high school student who is exceptionally good at football. In walks a college football coach. He is going to try to convince you to join his program. He tells you: We have won 2 conference championships in the past 5 years We send players to the NFL every year We have

The 5th grade boys basketball team that I coach finished its season recently. We won one game! More importantly, memories were made and lessons were learned—lessons that reach far beyond boys’ basketball.   1. Focus on the fundamentals Not once throughout the season did we face a team that played man-to-man defense. Not one time.