What You Can Learn from Young Ezekiel Elliott Playing Special Teams

For Your Business In both college football and the NFL, young players often start out on special teams before going on to positions like running back, wide receiver, or safety. It’s not that special teams are unimportant—they can and do decide games—but since these positions carry a higher risk of injury, the really valuable players

Stop Showing Up Your Teammates

Watch a football game closely. When a team scores a long touchdown, watch the secondary’s reaction. If you watch closely enough, sometimes you will see him point fingers immediately or do something else that clearly singles out another player—a teammate! Watch a quarterback throw the ball to a wide receiver. The receiver drops it. Now

We all have them—New Year’s resolutions. We tell ourselves we’ll go to the gym, wake up early, eat better, or whatever else. It’s not a bad thing. In fact, it’s a very good thing. And if the first day of a new year makes it easier for you to make some changes, then go for

Cal Ripken, Jr Used What Got Him to the Big Leagues

And you should too   Cal Ripken, Jr., the Hall of Fame Third Baseman for the Baltimore Orioles, is known for his hitting, fielding, and his nickname, Iron Man (due to his consecutive game streak of 2,632 games, beating Lou Gehrig’s record of 2,130 games). He is not known as much for his struggles, but

You win some and you lose some, we all know that. But sometimes a loss feels different. Worse. While watching an Ohio State Buckeyes game in 2016, the announcer talked about an interview he did with the Buckeyes coach, Urban Meyer, in which Meyer opened up about the 2015 loss to the Michigan State Spartans.

It’s Time to Back Up that Talk

Nobody likes a big talker in basketball. Maybe they actually live their talk and play well—maybe they’re just big words. But either way, the bragging and self-praise grate on people’s nerves and drain the energy of fans and teammates alike. The best players let their skills do the talking. They don’t waste time bragging, and

3 Reasons Why a Bad Teammate Hurts Your Game

and how it impacts your business Watch an NFL game. You won’t see a collection of individual players each hoping to score a touchdown—instead, each teammate has his own role. All of them share a common objective and they all win or lose together. When a player does start doing his own thing, it hurts

As Gary Vaynerchuk Said, Be a Good Halftime Coach

You can imagine my excitement when the entrepreneur, Gary Vaynerchuk used a sports metaphor in his book, “#AskGaryVee.” It’s on page 7. He said be a good halftime coach: make adjustments. Oh, that was music to my ears. It’s good advice, too. You can ask Scott, in my office, how much I adjust to changing circumstances.

The Dallas Cowboys Blocked Out the Noise to Achieve Success

And what you can learn about blocking out the noise for your business   As I was working out one morning, I caught a segment of Good Morning Football. In this clip, Peter Schrager talks about how the Buffalo Bills were able to block out the noise and find success. Now this isn’t my rant about

LinkedIn Sales Navigator for Gmail – A Must Have

Here is another in our series on tools you can use to improve your efficiency at work. So far, we’ve covered Feedly and Scannable. This tool lets you smoothly connect your Gmail account to LinkedIn. Do you have a Gmail account? It’s simply Google’s version of email. It’s easy to sign up for. You’ll also need

What Tim Duncan Can Teach You About Consideration for Others

At the end of the 2016 NBA Regular Season, I was driving to an appointment while listening to NBA Radio on SiriusXM. Expecting to hear a conversation about the upcoming playoffs, I instead heard an interview with former Wake Forest Basketball Coach, Dave Odom. Odom was discussing the legend that is Tim Duncan, who was

Now more than ever we need activities that bring us closer. Sports Bring People Together. On this site, we use sports to create metaphors for business. Maybe that sounds a little strange since the two don’t normally go together. If you’re not a sports fan yourself, you might even be wondering why sports? What’s so

Hustle for That Ball Loose on the Court

It was 2004. I was the new guy at my company, trying to build up my reputation. I had to spend most of my time getting out and just meeting new prospects: financial advisors, property and casualty agencies, and life insurance agents. Once I met them, the idea was to build a relationship and show

Have you watched the Houston Cougars college football team this season? Earlier in the year, going up against the 3rd-ranked Oklahoma Sooners, Houston wasn’t expected to win. They beat expectations and they beat the Sooners, 33-23. They followed up with an impressive string of wins, and though Navy upset them recently, they still made major

The Number One Reason Why You Need Anchor Clients

My father-in-law, Arthur Judelsohn, was an incredibly passionate and purposeful commercial real estate agent. He was a business owner. And he was a hustler in the sense that he worked hard and made it happen. Unfortunately, he passed away earlier this year. Arthur created a legacy that I try to pass on to others. He

In football, they often remind the quarterback to “let the play develop,” meaning to have patience, to not try to force things prematurely. Consider this example: You’re the quarterback. The play called is two simple out patterns; you drop back to pass, while each wide receiver on the outside runs about ten yards and cuts

5 Reasons Why Coordinators in Football and Business are so Important

And How Can You Apply it to Your Business   When football coaches get the offer for a head-coaching job at the college or NFL level, usually the first thing they do is they hire Offensive and Defensive Coordinators. When you start a business, you have to do the same exact thing. You may call

4 Things the Hot Corner Can Teach You in Business

Third Base is called the Hot Corner for a reason—and not everyone can take the heat. You feel alone, the balls come at you fast and furious, and you can’t predict how they’ll come. Sometimes you can hardly see them. If you miss the catch, the other team gets a double or a triple. That’s

Dentist Content Out of Nowhere! Online presence is key in marketing, but it’s not enough to just have a couple of social media accounts and a website—you actually have to use these platforms to say something, or no one will pay attention. Your content has to be interesting and engaging for your target market, and

1st and Goal at the One Yard Line

It seems so easy. The ball is at the one yard line, so the defense is basically standing in the end zone. All you have to do is snap the ball and get it over the goal line. But one mistake can earn you a penalty. Lack of focus can lead to a turnover. The

Learn from a Buffalo Bills Fan: Blind Faith is Bad for Business

Being a Buffalo Bills fan, I’ve had blind faith for years. So what that they haven’t made the playoffs since the 1999 season (that’s when THIS happened); this is the year they’re going to do it. This time, they’re going all the way. That’s what I told myself, year after year, and of course it never

3 Reasons Why You Should Get Back to Basics

Training Camp is the time when football players refocus on the basics. It’s not glamorous or exciting, and it’s easy to fall into thinking you’re beyond the basics of blocking and tackling. Yet professional and college players know better. So should you. So, why are the basics so important in business? 1) Get Out of

The Side Hustle Is Real and You Can Do It Too

Are you in a job you don’t love? Do you think you were destined for more? Do you complain about your job, but lack the financial resources to quit? Turns out, there is something you can do about it: hustle. Hustle while you work. Be an entrepreneur mornings, lunches, evenings, and weekends. Earn enough so

Unlock Your Greatness: Be a Sissy

Some of the greatest basketball players of all time could have been even greater if they hadn’t been so afraid of looking like a “sissy.” Are you making the same kind of mistake? Wilt Chamberlain made history by scoring 100 points in a single game. Shaquille O’Neal led the NBA in field goal percentage ten times. 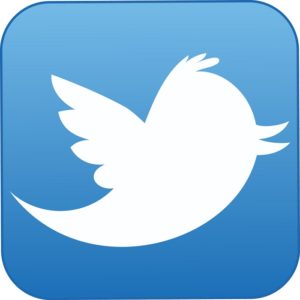 Twitter has become like that running back everyone is tired of. He has been on the team a while and hasn’t really improved. Meanwhile, there is all this exciting new talent on the roster. But this guy just doesn’t go away. He’s good at what he does, and he earns his share of carriers–as he

What Can the “Bad Boys” Teach You About Creating a Brand Identity?

Imagine going after some great business opportunities. You know they won’t all close, but some of them will. The more opportunities you create for yourself, the better your chance of success. Right? That’s the simple version of the Oregon Ducks offense. An up-tempo style offense might not seem that radical now, but that’s because it

Recovering From a Season of Complacency

Let’s be honest; complacency can sneak up on the best of us. In an earlier post, we discussed what complacency is and how it can sabotage your career if it isn’t addressed. Unfortunately, the 2004 American Olympic Men’s Basketball Team provided a great example of exactly how talented people can fall short this way. In

Up 3-1 in the NBA Finals, it seemed like just a matter of time until the Golden State Warriors were crowned back-to-back NBA Champions. Little did they know the Cleveland Cavaliers had the right mindset to bring about a different outcome. Now mindset wasn’t the only reason the Cavs won. They had LeBron James, Kyrie