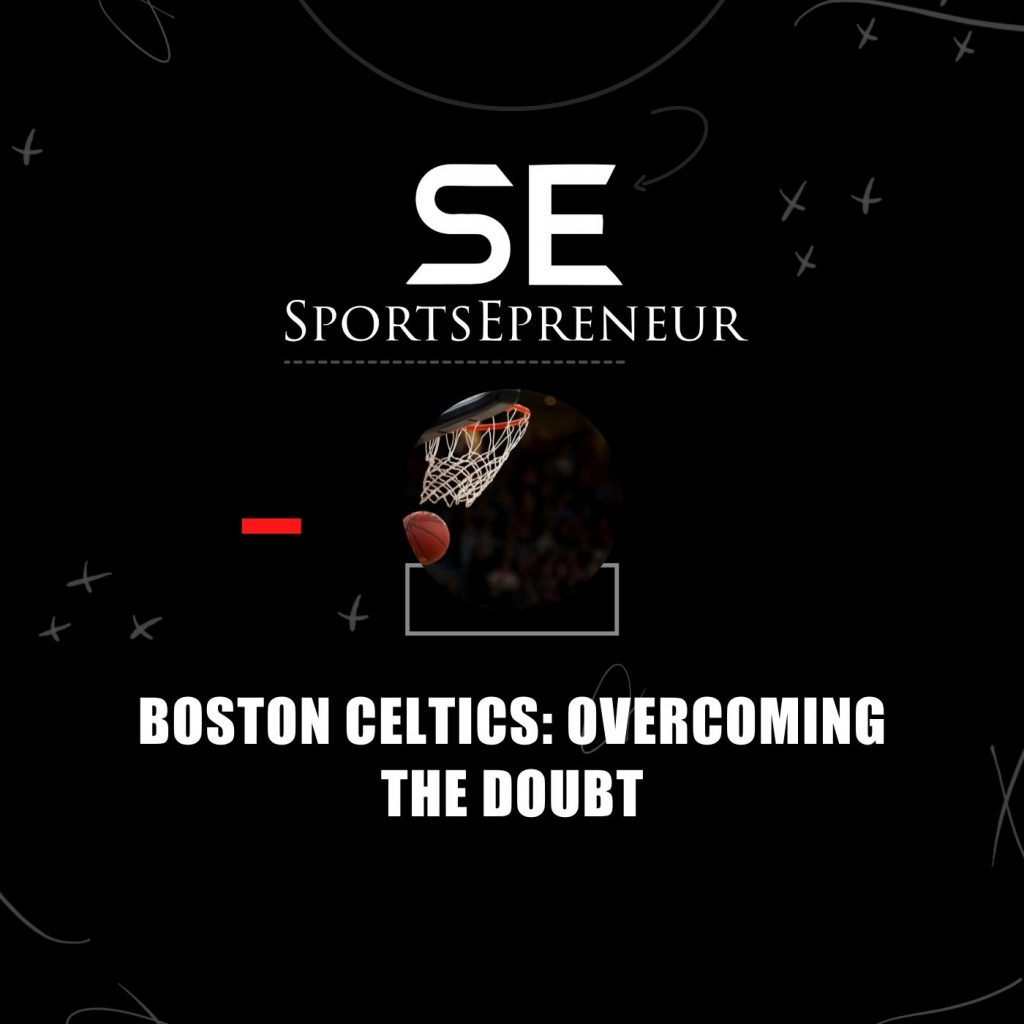 One major setback is not going to ruin the Boston Celtics — and you shouldn’t let setbacks shake your confidence, either!

Opening night of anything is always exciting. The NBA season opener, the Boston Celtics versus the Cleveland Cavaliers, was no exception. Storylines all over the place—Kyrie Irving in a new uniform playing against his old team, Dwayne Wade playing with Lebron James again…and there was Gordon Heyward, All-Star, do-everything player, now in Boston! Everyone knew this year would be about Cleveland and Boston, battling it out for the East Conference!

Until five minutes into the season.

I sat on my couch, watching the game, as a simple play, the kind that happens at least 40 times a night, broke Heyward’s ankle in an ugly, freighting way. You could see his foot pointing in the wrong direction. The players and the crowd were disturbed. The announcers didn’t know what to say. The promising Celtics season was over.

I mean, wasn’t it? How could the team survive the loss of its star player? In the days that followed, all the commentators reiterated that the Celtics were done for the year—all they could do was play hard, have the best season they could under the circumstances, and hope Heyward makes a full recovery.

Good thing the Boston Celtics didn’t get the memo!

The Celtics soon went on an amazing ride, winning 16 games in a row. Not just any team can achieve such a feat after losing perhaps their best player. The challenge was real. But it’s easy to let doubt and criticism compound disaster, and then whatever chance you did have to survive is gone. Boston didn’t take the bait of negativity—they kept their focus on winning games, and guess what? They proved all of us wrong.

Physical injuries are rare in the business world, but plenty of other life situations pop up that must be addressed. People retire or quit unexpectedly, or fail to live up to what was expected of them. People get sick or leave to care for ill family members. One way or another, suddenly your team has a missing member.

What do you do?

I can tell you what you don’t do—sulk in negativity. Great businesses (and businesses that will become great) have company cultures that don’t let anyone sulk. That’s not an accident. Functional company cultures don’t just happen, they are created, often deliberately. Since we know setbacks are going to happen sooner or later, building a resilient culture is just part of building a strong business– I mean building a culture that pushes everyone to keep playing, to keep winning, no matter what happens

The Boston Celtics have such a culture already. I hope the team does get to the Eastern Conference finals this year—that would be an amazing accomplishment. But in my eyes, the Celtics have already accomplished amazing by overcoming the doubters and the noise. More than that, they have just shown us all that there are no excuses, only opportunity to go out there and make plays!

Eric Kasimov
PrevPreviousCyber Attacks Are No Joke: Are You Prepared?
NextSkip the Elevator, Take the StairsNext