This Is Your Business: Offering Help in the Wake of Disaster 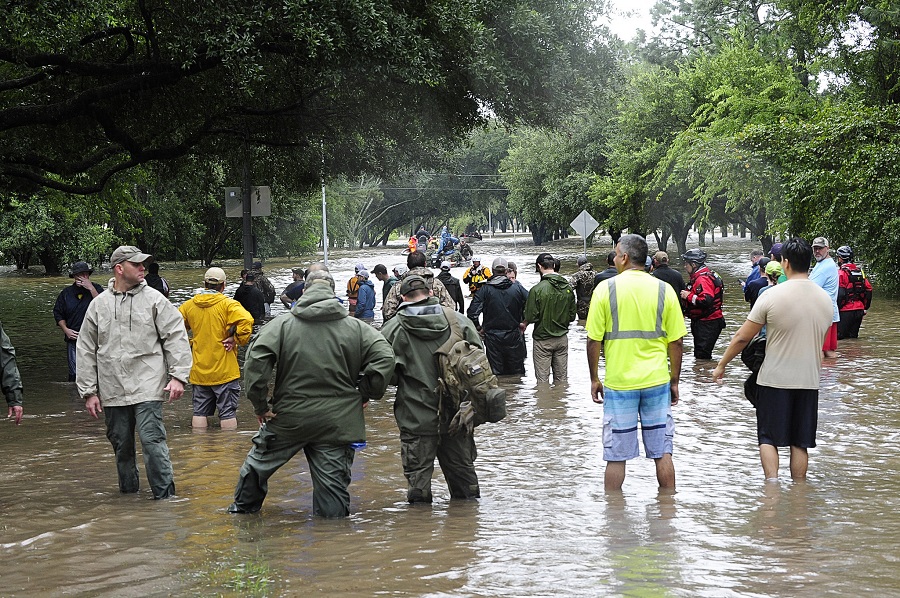 (this is a guest post from one of our editors, Caroline Ailanthus)

These days, it seems like every week brings a new disaster—or maybe two. Of course, you wish you could do something. As a business leader, you have resources and abilities that most people lack, and you want to be of use. But how?

Maybe you’re thinking you’re too far away to do any good. Or maybe you’re way too close (and under water this week yourself). Maybe you don’t see where the resources you have are relevant. Sure, you might be thinking, if I owned a grocery store or a restaurant, I could feed people, but I’m a Realtor/auto mechanic/computer repair specialist/insert your career here.

Maybe you’re thinking fighting hurricanes isn’t really your business, that you should leave it to the people who know what to do.

But nobody really knows what to do. Record-breaking disasters force everybody to make it up as they go along. And sometimes the most surprising people turn out to have exactly what someone else needs.

Let me tell you about how professional people in Houston, Texas are responding to the aftermath of Hurricane Harvey by finding creative and unexpected ways to put the resources of their businesses to use for others.

Christina Sizemore lives in Houston with her husband and their daughter. Their rental house stayed dry, but they knew that plenty of other houses had flooded. So, they volunteered at the nearest shelter (a mosque) before the rain even stopped. After a few hours of work, the people at the mosque thanked their volunteers with a wonderful meal and sent them home to rest.

But Christina and Bill did not rest.

Instead, they set about asking questions and gathering contact information, finding out where the shelters were, who was offering what services, and who needed what. They collected contact information. Somehow in that process, Christina must have given out her phone number, because someone called her wanting to know what to do with a large pile of donated supplies (that couldn’t stay where it was). Christina made a few calls, found people with trucks able to pick the stuff up, and located a distribution center run by (and inside of) the Fusion Church. She then asked the team working at Fusion what else they needed.

“I’m good at organizing,” Christina replied. “Can I help?”

Since then, Christina and Bill have been working with the people at Fusion (whom she describes as “incredible”) to make up and send out pallet loads of supplies, first throughout Houston, and now to surrounding communities, such as Beaumont, Orange, Port Arthur, and Rockport, all out of the church gym. Christina is putting to good use the skills of organizing and communicating that she honed as an entrepreneur. Bill runs the warehouse when he is not busy earning the family’s living.

Who Is Doing What?

On the phone, in between interruptions by her daughter and another volunteer, she tried to list all the companies who have come through to help. Transportation is a major need. Bruce and Chuck Morris, of BlackBird RV (Bruce Morris also owns Terra Trek LLC), and the good folks at Kraftman, which builds and installs playgrounds and water park features, have volunteered company trucks or other large vehicles, and now deliver loads of supplies. A few days ago, Christina mentioned to someone that it would be great to have a helicopter, since some areas are still impassible by land—a pie-in-the-sky dream, until a volunteer with a helicopter showed up to deliver more loads. Turns out, he has a business taking clients hog-hunting by air (legal, in the state of Texas).

Restaurants are offering free meals to evacuees and volunteers. Companies that can offer food ready-to-eat, right where it’s needed, like the Twisted Catfish food truck, are especially welcome, because they make things simple for volunteers, and in a disaster, simple is good.

Anyone with a large floor space, such as a place of worship or a business with a warehouse, can serve as a collection point for donations—you don’t need to be in Texas (or Florida, or wherever the current disaster is by the time you read this) to collect donations, as long as you can arrange transportation. Do not plan on mailing anything unless you can confirm your recipient has mail service at present. Post offices can get flooded, too.

Communication is another major need that those outside the disaster area can still help with. If you have time and internet access, you can relay specific requests for supplies, volunteers, or equipment to your friends and followers on social media. The people of Broke Gadget, a cellphone repair company, have been serving as a communications hub from their office. Bridgette Mongeon, a sculptor (and Christina’s mother) has been doing the same from her home. Joybird Furniture Houston posts requests to their social media. The more people post, the more people see the messages, and the more help gets where it is most needed.

Sometimes the best thing a company can do is to provide volunteers. Simply give as many employees as possible the day off, with pay, provided they come back with a note proving they volunteered.

Christina is amazed by the way the entire response has come together. Someone voices a need, and someone else steps up to meet that need. Someone offers a resource, and right away a need for that very thing arises. For example, a private security company had recently switched to a new uniform, so they had a large supply of new, but outdated, uniforms to offer. Fusion normally does not accept clothes (they have enough), but did accept the uniforms. Then Ember Church, in Huffman, Texas, which has been working with Fusion to distribute supplies, learned of a police station that had been flooded and whose officers needed, you guessed it, new uniforms.

Christina points out that disaster responses move through several stages: providing shelter; meeting immediate needs (for food, water, medicine, clothing, and so on); clean-up (for example, pulling out soaked drywall); getting people back in real housing; and meeting long-term needs (replacing furniture, rebuilding schools and libraries). As I write this, different parts of Texas are in different stages.  And now, as the Caribbean, Florida, Georgia, South Carolina and other parts of the Southeast feel the devastation wrought by Hurricane Irma, many people are again struggling with the first stages of disaster survival. Even Baton Rouge is still struggling to get back on its feet from flooding last year. If you think you missed your chance, that nobody needs you anymore, you’re wrong. Needs change over time, but recovery in any given place will take years. And lots of places need help.

All of it comes down to asking, “what resources do I have?” and “what connections do I have?”

You might not have a big truck, or a helicopter, or a warehouse, or a large number of social media followers. But maybe you have something unusual, like a lot of spare uniforms or some extra cleaning supplies. Or maybe you know someone who has these things. Connections are important. As businesspeople, you have networks, connections to other people who have resources and abilities you might not. You can activate your networks, find out who, out of the people you know, has the thing that the moment demands.

For example, I know Eric Kasimov, who makes part of his living by getting interesting and useful content out to the business world. I also know Christina, who has content—this remarkable story of people, including business people, coming together to help those in need. Me, I’m a writer. I can make the connection, carry the message. I can tell you how you can help.

That’s how this works.

You can donate here (and other places):

Save the Children, Hurricane Irma Fund

Image of the 2017 Hurricane Harvey Response taken by the Florida Fish and Wildlife under the Creative Commons Attribution-NonCommercial-NoDerivs 2.0 Generic license