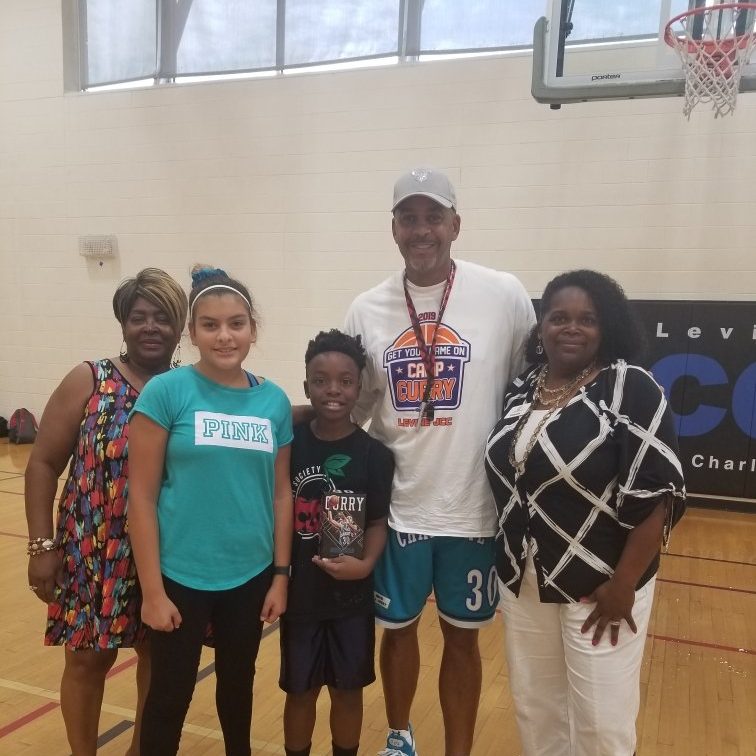 A post not about giving, but a post about those that give, every day. And highlighting them.

A few years ago, my son attended the Mugsy Bogues Basketball Camp. He had a great time, learned a lot, and met a lot of other kids. Some of those kids, we found out, would not have been there if someone hadn’t made a generous gift—someone (other than their own families) had paid for them to attend.

We at SportsEpreneur talk about opportunity a lot. Finding it, recognizing it, making the most of it, even creating it. But the fact is not everyone has—or can make—the same opportunities. Wouldn’t it be better if they get some help?

Watching those kids playing basketball with my son, I told myself that one day I wanted my company to help a child get to a basketball camp. I mean a child who doesn’t know me. I want other kids to have an incredible week at camp, an opportunity to learn more about discipline, and perhaps an opportunity to showcase and develop their basketball skills. Whatever might come of it, I wanted to give this gift. But this is not about the gift…

How would we know who needed help attending Dell Curry Basketball Camp? How could we know there would be a spot at camp open for the kid? These camps usually sell out very quickly. Giving is a big part of being in community, but this time we realized we’d need a community to make it happen.

First, we reached out to Stephanie Garner, the athletic director at the Charlotte Jewish Community Center (JCC). She was one of the first people we met when we moved to Charlotte, and I have a great deal of admiration and trust for her. She’s also the administrator of the popular Dell Curry Basketball Camp usually held in late summer. Dell Curry, like Mugsy Bogues, is a former Charlotte Hornets’ player.  Stephanie welcomed the idea of helping children get to camp, and she arranged to hold two spaces for our recipients.

Then we needed to find the kids. Fortunately, John Priore, a member of our team, knew Ann Lademann of Kids in Seats, an organization that helps underprivileged kids to attend sporting events. John introduced us, and I asked Ann if we could help expand her organization’s mission. Kids in Seats said yes!

Ann then contacted a school her organization works with and asked the school staff to identify two kids who could benefit from the opportunity we wanted to offer—she even arranged transportation for the kids, who couldn’t have gotten to camp without some kind of help.

Through it all, John acted as the liaison between Stephanie and Ann and kept me in the loop, too. He went to camp on the second day to make sure everything was going smoothly. While he was there, he even got his picture with Dell Curry, so he had fun while providing a valuable service to everyone involved.

The team did it. They sent two kids to the Dell Curry Basketball camp who otherwise wouldn’t have gotten to go. We hope to do it again next year. And I remain grateful to and for everyone involved, Ann and Stephanie and John, and the staff members at the school whose names I don’t even know, and, of course, these kids’ families. Everyone made it happen together.

I had serious reservations about writing this piece; I like to give when I can, but it’s not something I talk about because it’s not about me. But then I thought about all the negative out there, and how great people like Stephanie, Ann, and John are doing positive things for the community. It is about their work and the work of other people who came together to make this idea a reality.

And I thought, too, that many of you might like to get involved. Maybe you’ve had a similar desire to reach out and help, but you weren’t sure how. Maybe by telling this story, this can help give other people the tools to be a bigger force for good.

And now, about those Dell Curry Basketball Camp campers!

Ana is a courageous, funny, assertive girl from Venezuela, who learned to love basketball and of course, Stephen Curry!

Ana has come a long way and worked very hard to learn the language of which she has perfected, and embraced an entirely new culture that includes the love of basketball. I have had the honor and privilege to work alongside Ana and her mom. Ana has worked hard in all areas of adjustments: Ana is a good student and is now fluent in English and thriving in school; in addition to basketball, she loves Netflix, selfies, books, school and her new friends.

Amari is an inquisitive, smart, and athletic young man. He loves to read books that make him laugh as well as comic books. Additionally, he is a member of the Geography Club and Conservation Club at his school. He has such a love for basketball and football too. He buckles down at his goals and he puts 110% effort into them. He is so excited to get the opportunity to meet the incredible Mr. Dell Curry and is eager to soak up all the knowledge that he can while at this camp.