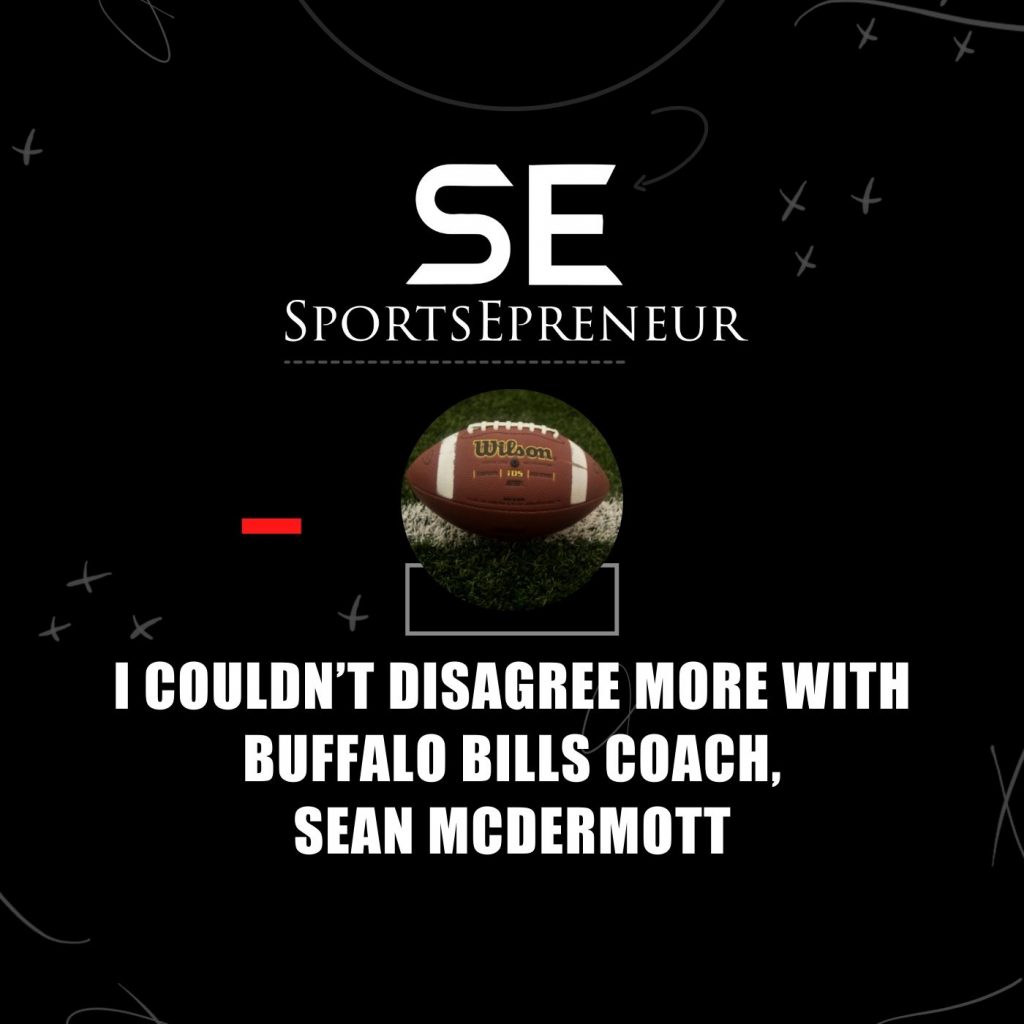 My response to Coach Sean McDermott’s statement of “we don’t lose, we learn.”

Actually, when you lose, you really do lose

Losing stinks, but it’s worse when you refuse to admit defeat.

This past Sunday, out of nowhere, Coach Sean McDermott benched his starting quarterback, Tyrod Taylor, for fifth-round rookie quarterback, Nathan Peterman. The decision was met with criticism from all over—the local media, national media, and fans. In many respects, it’s kind of admirable—here is this NFL coach doing what he thinks is right. Good for him. Don’t listen to the noise. Be your own person. Now go prove them wrong!

Except the opposite happened. The Bills played one of the worst games in the history of the NFL. Not only was Coach Sean McDermott wrong, he is now the laughing stock of the league. I’m all for paving your own way, but be smart about it. Just because you go a different direction doesn’t mean it is the right direction. And if you are wrong (way wrong), then you better be ready for the fallout.

Bad days happen. We all have them. I’m not here to throw Peterman under the bus (ok, maybe I did that already. Oh well. I’m not here to do it anymore). In many respects, the loss isn’t his fault—he clearly wasn’t ready. That’s okay.

Here is what bothers me: Coach Sean McDermott told his quarterback, “we don’t lose, we learn.” And Peterman re-stated this to the media after the game. Excuse me while I smirk.

Actually we do lose. And we learn.

It’s okay to take experiences that don’t go one’s way and learn from them. We should all do that. I do it everyday. We all make mistakes, and we try to get better by learning from those mistakes. But in sports and in business, sometimes we actually lose. The way I see it, the Bills lost. The coach made a horrendous decision, and the quarterback was historically bad. They lost. When I pull up the score of the game, it says the Bills lost. When I pull up standings in the NFL, it shows the Bills have one more loss than they did the week before. Not sure how they can say they didn’t lose when everything suggests they actually lost.

Where is this sense of entitlement coming from? You either win or you lose. Sometimes I suppose you tie, but forget that for a moment. I get that we live in a trophy-mentality world–everyone on a 6U team gets a trophy, for example. And that’s a bit ridiculous, but applying that philosophy to the real world is beyond ridiculous. For a grown person to say they didn’t lose (even in some sort of cliché statement) is, well, talk about ridiculous!

In sales, you can lose. You can lose a case, you can fail to be the top sales person, you can lose business. Maybe your company loses a client, maybe your top employee leaves for another job. Maybe you have a bad day and set your company back with a mistake. Whatever it was that happened, you lost. Can you learn from it? Sure, you can. But that doesn’t change the fact that the game was lost.

The Buffalo Bills lost. The quarterback was the main reason why, but the coach set them up for failure. For the coach to turn around and pretend they didn’t lose, and for the quarterback to repeat that nonsense to the media, just makes it worse. How can you learn from a loss if you won’t admit it happened? Where did honesty and integrity go? What happened to common sense? Realistically, the Bills have now lost twice, once on the field, and once afterwards when their coach and quarterback denied reality.

Hopefully, for their sake, they learned from those losses.

Want exclusive content delivered right to your email inbox? If so, Click Here to get that going.