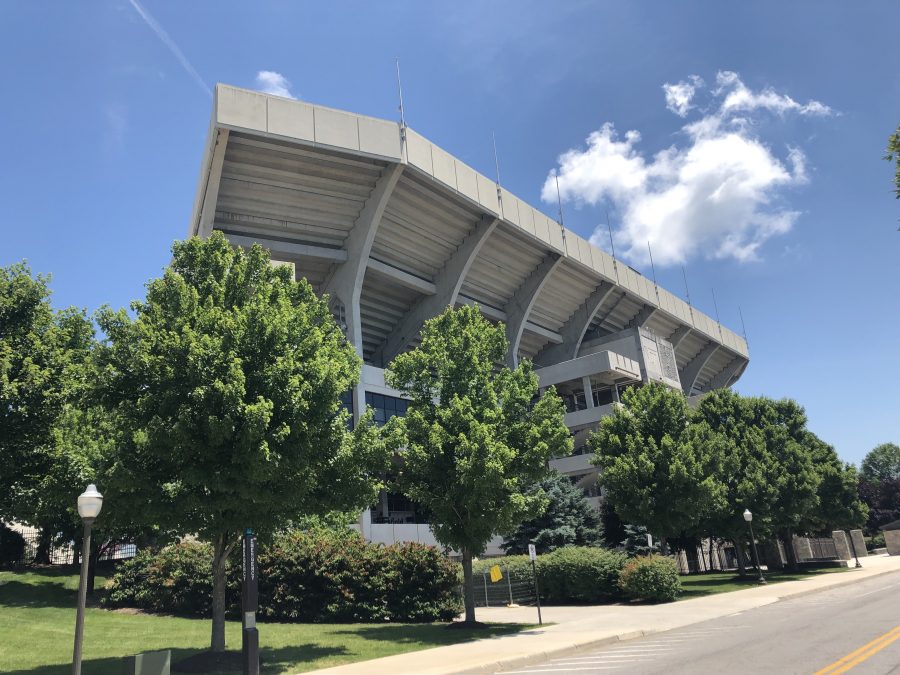 My experiences with the Virginia Tech Hokies

Sometimes the world seems like a pretty negative place, but there’s a lot of good too. I could give many examples, but for now, I’ll just tell four stories about my experiences with the Virginia Tech Hokies.

Picking Up My Son from Soccer Camp

This time, my son and I walked around and explored a bit—the dorms, the soccer facilities, and the famous Lane Stadium—and something just felt good about it all. I asked my son about his experience at camp, and he said simply, “everyone on campus was so nice.”

As we were heading back to the car, someone pulled over, rolled down his window, and addressed my son by name, asking “are you the last camper?” He was an assistant coach for the Virginia Tech Hokies soccer team. We ended up chatting for a few minutes.

My lasting impression of the day was the assistant coach going out of his way to make sure my son was all set and to see if we needed anything—this after my son had already checked out. Now my son is saying he could see himself going there one day. If nothing else, he wants to go back to the Nike Virginia Tech Hokies soccer camp. Kindness wins.

Every group of people has their good folks and their over-the-top contingent, but it seems as though everyone I’ve met who was associated with Virginia Tech has been nice—and that’s not something I say about all places. Virginia Tech alumni, Hokie fans, even people just wearing Hokie shirts, they all just turn out to be good people.

Recently, I was at a charity corn hole tournament where I was matched up with a guy wearing a Hokie t-shirt—nice guy. It seems overly basic, but sometimes that’s all it is. Kindness wins.

Talk about a major match-up in college football! The Hokies, who had never been to Columbus, OH, were starting a home-and-home with a visit to the Horseshoe (Ohio Stadium). A good friend of mine happened to be a Hokie fan, so he and I met up in Columbus with our families for the event. We encountered so many great Hokies fans on High Street and outside the stadium. They were absolutely blown away by the city of Columbus, the experience, the Horseshoe, everything.

Sure, they went a bit crazy when the Hokies beat the Buckeyes (yeah that part wasn’t fun for a Buckeye), but for the Hokies— it was one of their biggest wins on the road, maybe ever. They had a right to enjoy it.

The Hokies ended up having a tough season that year, while the Buckeyes actually went on to win the National Championship—go figure. What sticks in my mind about that weekend (besides sports bringing people together) is all the kind people I met who call themselves Hokies. That night we promised many of them that we’d see them again the next year for the Buckeyes at the Hokies in Blacksburg, VA! They couldn’t wait to show off their home. Kindness wins.

I said I’d tell you about my first trip to the Virginia Tech campus. Of course, I had to keep my promise to attend the Buckeyes at the Hokies game in 2015. Everything about it was a great experience.

We tailgated all day with many Hokies fans (and Buckeyes fans of course), and then as game time neared, we walked towards Lane Stadium. Virginia Tech fans we had never met before came up to us and said, “we hope you enjoy the game,” or “have a great time,” or “welcome to our stadium—have fun and good luck!” This was minutes before kickoff. If you’ve never been a visitor to a game, wearing the visiting teams’ colors (college or NFL), I’ll just say, how the Hokies treated Buckeye fans that day is not the norm.

It was a beautiful scene. I hadn’t been to a stadium that has this serene feel before. Sure, when the Hokies football players made their traditional entrance to the song “Enter Sandman” (a Metallica hit) it got loud and crazy…

…but really it was about two excited fan bases coming together for a football game.

The Buckeyes won the game that day getting their revenge, but there’s a deeper sense in which the kindness of Hokie Nation also won. Kindness always does.

Want to be a contributor to the SportsEpreneur Community? Let’s chat!