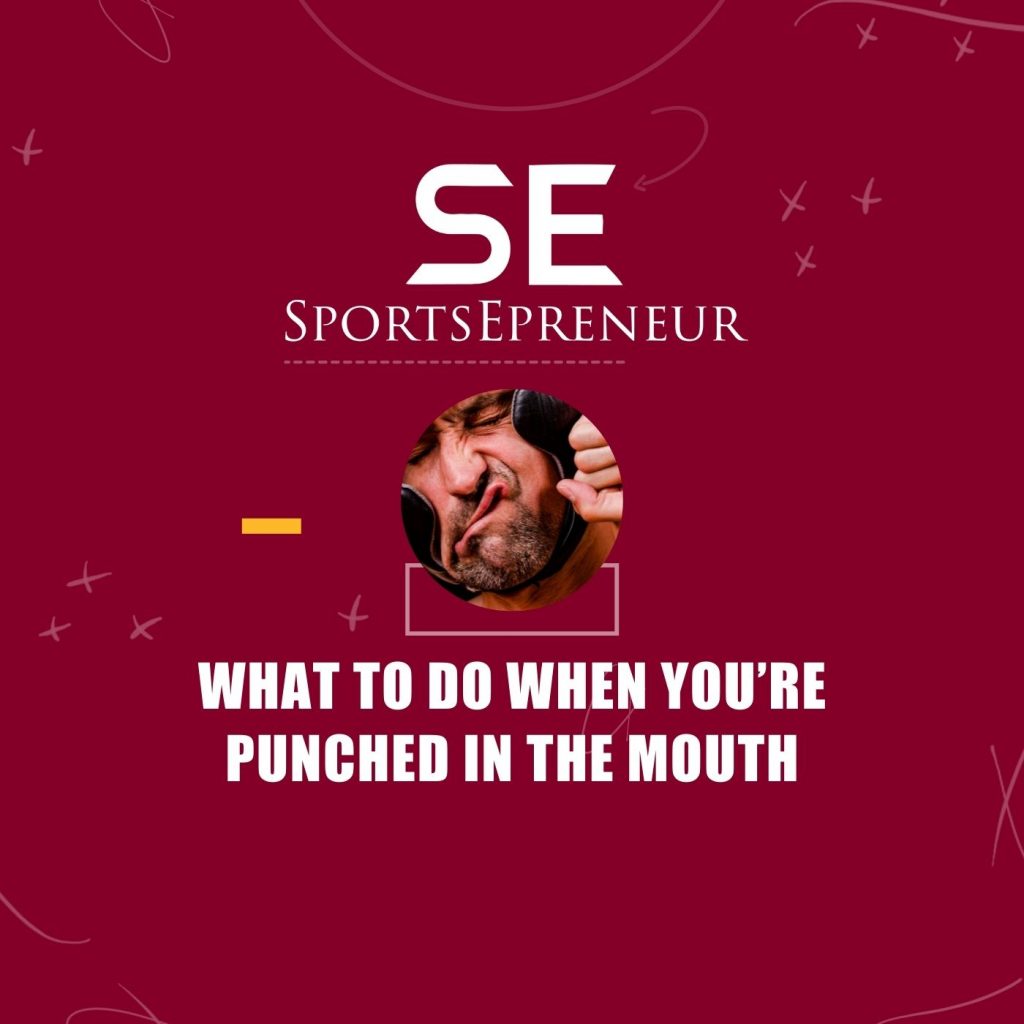 What to Do When You’re Punched in the Mouth

“What to Do When You’re Punched in the Mouth” is a guest post written by Charlie Leonard.

“Everybody has a plan, until they get punched in the mouth.”

In an interview with Mike Berardino of the South Florida Sun Sentinel, Mike Tyson talked in depth about the origins of his iconic quote. He had been preparing for a heavyweight title bout, and all he was hearing was how great his opponent was.

“They were talking about his style,” Tyson explained, “‘He’s going to give you a lot of lateral movement. He’s going to move; he’s going to dance. He’s going to do this, do that.’ I said, ‘Everybody has a plan until they get hit. Then, like a rat, they stop in fear and freeze.'”

We’ve all been frozen with fear after circumstance winds up and punches us square in the mouth. It’s a lost job, an economic downturn, a personal rejection, or even the death of a friend or family member. You’re stumbling, retreating to the ropes as your adversary charges in to finish you off. What do you do?

You can’t think your way out of the crisis, because your mind is frozen, but if you have prepared yourself to respond well without thinking, you will still triumph. That’s what boxers do, training hard until certain techniques become automatic. One technique fighters are taught is Triangle Theory, a way of using 45-degree angles to put the fighter into an advantageous position. Triangles have been integral in the formulation of many strategies throughout time, from military battles to NBA basketball,  so to combat adversity, let’s create a triangle of our own made of three C’s: cope, command, and counter.

The first angle to attack adversity is learning how to cope. It’s an important angle and is essential when dealing with any degree of adversity.

Part of the coping process lies in determining what the adversity is; maybe it’s a situation that can and should be changed, but if the situation doesn’t require change or can’t readily be changed, you still have to focus on your emotions and cope.

Generally speaking, emotions-based coping means developing both healthy physical and mental habits. Good physical habits include eating right, exercising, and getting enough sleep. Even simple activities like going for a walk outside or just being in nature can make a big difference.

The mental health part of the equation is often overlooked, due to issues like societal taboos or lack of funding, meaning many people have trouble dealing with mental health problems effectively. A practical and comprehensive list of steps can be found here, but some things that work for me personally are journaling, breathing techniques, and cognitive restructuring—something I learned in therapy, which is another excellent resource.

When changing the situation is necessary, physical and mental health remain important, but coping expands to include practical steps to make your efforts at change more effective. For example, say you’re laid off, as I was while still in college. You know you need a new job because you have bills to pay, but how do you get yourself moving when your impulse is to sit around in overwhelmed shock?

Thankfully, there are several healthy steps I could take, and anyone else can take, to bring about effective change.

If you develop good coping skills—good physical and mental health habits and effective, self-motivated work habits—then you will have them to draw on when you get hit. They will seem automatic. And with a stable body and mind, you’ll be able to stay in command.

Assertive behavior maintains a balance between passivity and aggression. Be too aggressive, and you’re going to come across as rude and/or self-righteous. You’re also going to damage your future opportunities by eroding the trust and respect of others over time. Be too passive, and you’ll let others take advantage of you. You’ll also lose the traction to need to change your situation. Some people try to chart a course in between aggression and passivity and end up being passive-aggressive—arguably the least effective out of all the options available, because you erode others’ trust and you portray yourself and your causes as not worth direct confrontation.

Adopting true assertive behavior means learning how to express yourself effectively while simultaneously respecting the rights and beliefs of others. What makes being assertive different than aggression, passivity, and passive-aggression boils down to proper communication and respect.

So how do you go about learning to be assertive? Once again, you’ve got to practice your moves until they become automatic. There are several practical tips available:

Using assertive behavior helps to gain back command over a situation and increase your chance of overall success. Command gives you the punching technique to match the physical and mental conditioning you develop through coping. Now you’re prepared for the fight, and you’re ready for your third C. Now it’s time to counter.

The first two Cs are about breaking out of the paralysis naturally triggered by sudden adversity. They’re the practiced automatic actions that keep you going, keep you fighting, even when your brain freezes. Once your mind re-engages, then you counter-strike.

How you counter is up to you and it depends on your situation. It’s proactive, it’s strategic, and it’s goal-oriented—you’re not just coping with being hit anymore, you’re launching your own attack.

We’ve all heard incredible stories of heroism and beating the odds, but every one of those successful people had a moment where they moved from just dealing with adversity to getting up and taking the fight to their opponent. The key is to stop just waiting for the next hit—identify what you want, and pursue it. Do that, and the fight is yours.

In the Ring with Adversity

My entire college journey was quite the roller-coaster ride. The very first semester, I failed a college algebra class. It was my first ever academic failure, but it was not the last. The next semester I retook the algebra class but failed an economics class. I failed a finance class as a junior, and the year after that I failed the same TV reporting class twice. I was a year behind. On top of all these academic problems, I was eating poorly, got sick rather frequently, and was in a struggle with anxiety and depression. Adversity beat me up fairly badly.

Yes, I ended up graduating a year late, but what seemed like a situation on the ropes ended up being the start of a comeback. With no job prospects after graduating, I made a list and asked for help. A friend of my mother knew someone down in Atlanta who ran a sports marketing agency, and they happened to offer a summer internship. I applied, not really knowing what to expect as my major had been in broadcasting. Out of 500 applicants, one of their 30 choices…was me.

It was summer of transformation. I started to focus more on my mental health and was eating better than before; slowly but surely, I was learning how to cope. At my internship, we were split into groups to present a marketing pitch to a big company in Atlanta, Coca-Cola—quite the opportunity to take command.  I got to pitch Coke on a Super Bowl 53 marketing strategy, I had the opportunity to hear some of their executives speak, and got to see their campaigns at SunTrust Park (now Truist), Mercedes-Benz Stadium, and the College Football Hall of Fame. After years of struggle, I was able to counter. I had beaten adversity.

Adversity can’t be avoided, and maybe it shouldn’t be. It’s the ups and downs of the economy, hirings and firings, relationships, mood swings, relationship changes, health, wealth, and every aspect of life itself. The adversity I encountered in college is what set the stage for my success afterwards—what seemed at first like an exponential decline turned out to be more like an inverse parabola, dropping down abruptly but then finding a low point and rising just as steeply back up.

It’s time to punch back.

Interested in collaborating with the SportsEpreneur Team? Let’s chat about that!

Image of the Mike Tyson was taken by Abelito Roldan under the Creative Commons Attribution Sharealike 3.0 License.