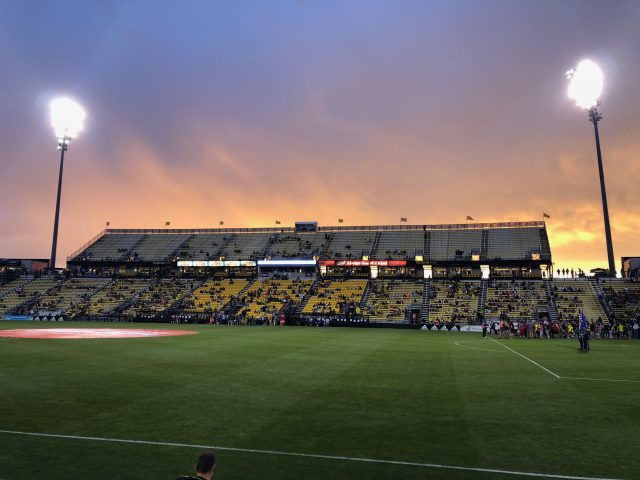 Passionate and positive fans can make a difference. The Columbus Crew staying home proves that.

Soccer is not a major professional sport in the United States, though it’s enormous internationally, but Americans still follow and play the game. And when we do, we often get passionately involved.

Which brings me to the Columbus Crew. My son and I have become Crew fans. Part of it is simply that it’s Columbus. We’re Ohio State fans already, and we love the City of Columbus. Our family has a lot of history here, a lot of great memories. But, it turns out soccer is a great game. And since my son’s been playing goalie for his teams, he feels a special kinship with his favorite player, Zack Steffen, the keeper for the Crew. So, really, there are a lot of layers to our enjoyment of this team.

But here’s the bad news; a year or so ago, Anthony Precourt, the owner of the Columbus Crew, announced plans to move the team to Austin, TX. What would we do without our Columbus soccer club?

The passionate fan base of the Columbus Crew took to social media, made game-day signs, struck up conversations, and more. Crew fans made it clear that we wanted our team to stay put! Here are some posts with the SaveTheCrew hashtag:

The faces of #SavetheCrew courtesy of @krt777. This is what we are fighting for: loyal supporters and the future of the club and community. pic.twitter.com/zDpJuitfcu

"The odds may not be in our favor, the deck may be stacked against us, but we will prevail."

After all that these fans have been put through this past year, there was a great joy in MAPFRE Stadium last night. Pulling such a large crowd on the same day that Ohio State played when nobody wants to subsidize the owner? Why would a league waste that? #SaveTheCrew #CrewSC pic.twitter.com/DHGRXqa20g

Eventually, all the hullabaloo made its way to people with the ability to directly impact the outcome of the situation.

The owner of the Cleveland Browns, Jimmy Haslam, agreed to buy the Columbus Crew, and keep it right where it is. Precourt will get a new team in Austin, and we’ll get to keep the Crew.

Positive Impacts Helps the save the Columbus Crew

This is what I mean by positive impact.

Imagine if the fans had just rolled over, complaining about the bad news privately, but not starting the public conversation. Would Haslam have gotten involved? There’s no way to know unless Haslam tells us, but chances are that the passion, the dedication to the Crew, helped convince him that buying the Crew—and keeping it in Columbus—was a good investment.

Maybe the future of a Columbus soccer team doesn’t seem like a big deal to people in other parts of the United States, or even to a lot of people in Columbus. Soccer is kind of a niche thing, here in America (for now). But for the fans of the Crew, including me and my son, it matters. The fans spoke up for something we all wanted–and won.

Choose to make a difference. At least choose to try. Nobody wins all the time, and sometimes it looks like a real long shot. I mean, it’s not like professional soccer is a democracy, and none of us could write the check to keep the team, either. But the fans spoke up, and somebody listened.

Sometimes you win, but if you don’t get involved, you can’t win. That’s why making a positive impact matters.

#savedthecrew is the new hashtag by the way.

Want to find out how you can tell stories in your business? Let’s talk.