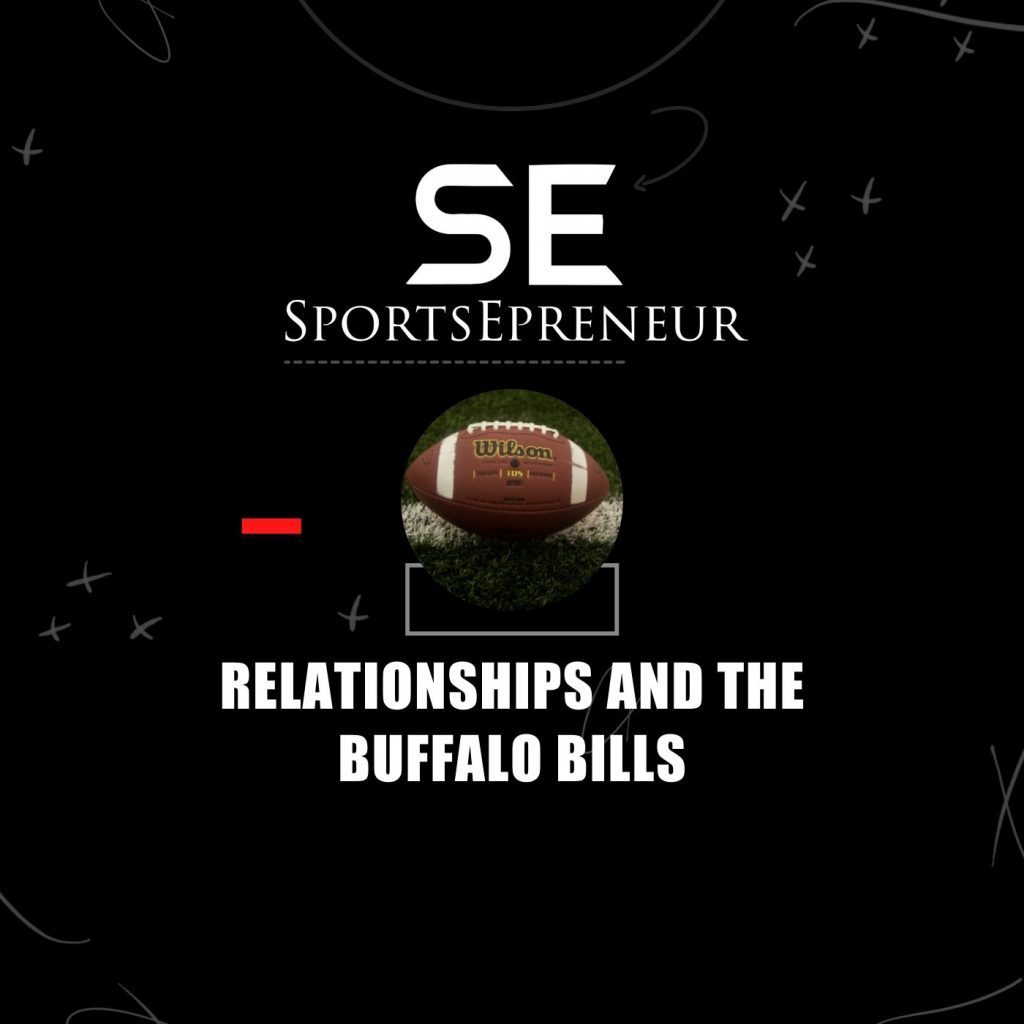 Relationships and the Buffalo Bills

The Buffalo Bills provide a great example of how relationships can work in your business.

2017 was supposed to be a rebuilding year for the Buffalo Bills, but they’ve already won five games. They are legitimately in the playoff chase. They are not without their problems, but they are better off than most predicted.

One of the main things holding the Bills back had been a hole in their receiving game. Just before the 2017 NFL trade deadline, with minutes left to go, Buffalo made a deal with the Carolina Panthers to fill that hole. That deal netted them wide receiver Kelvin Benjamin, which possibly changed the course of their entire season.

Not many trades get done like that one but the Bills knew exactly what they were acquiring. General manager Brandon Beane and head coach Sean McDermott were both previously with Carolina (as assistant general manager and defensive coordinator, respectively), and both knew very well what Benjamin could provide.

One specific aspect Benjamin brings is the potential to consistently take over games.

It’s not just what you know, as the saying goes, it’s who you know. All teams speak to each other, to some extent, but the strength of these relationships vary. It’s just human nature that if you’ve worked closely with someone before, you’re going to have a stronger connection with them than others. At the same time, some teams may prefer to not express as much information to certain teams as they would to others.

The point is that ties, sometimes weaker, sometimes stronger, exist between teams all across the NFL. People who can maintain those ties and use them well end up having options that other people don’t. If Beane and McDermott hadn’t been with the Panthers then, I doubt Benjamin would be in Buffalo now.

The same can be said in any field of work, really. You may have a ton of experience, but for whatever reason can’t get promoted, or can’t make the jump from part-time to full-time. That’s a tough situation to be in.

It’s just as tough to be a hiring manager looking to fill positions from an all-too-shallow applicant pool. How do you break out of the pattern you’re stuck in and get yourself some more options? Simple: call up someone you know.

I’m not talking about taking advantage of favoritism, I’m talking about relying on specialized knowledge. Your friends know you and your capabilities. Perhaps your manager doesn’t know you as well, yet, and has overlooked you for a promotion as a result. A recommendation from the right person can help you.

The right contact might also tip you off about a job opening you wouldn’t have heard about otherwise, or help you find and draft more qualified applicants whom you can hire. Knowing the right people multiplies your power to arrange a deal, draw up a plan, or discover new options.

Personal referrals and recommendations, and decisions made on the basis of personal trust form the backbone of the business world. These connections do not just happen. The fact that you once worked with someone who now has an important position in a major company might not mean anything if you haven’t maintained that relationship.

You have to actively maintain your network of contact and you have to show up to help other people when they need it. Do that and be someone whom other people want to know and consider worth helping. By taking that approach, you too may be able to arrange a deal at the last minute that completely changes the course of your season.

This more than likely isn’t Buffalo’s year–but it is a step in the right direction. That said, they did take a bigger, bolder step than the team would have been able to make if its leadership had not been able to resort to previous knowledge on a prior work employee who could make a difference. Relationships.