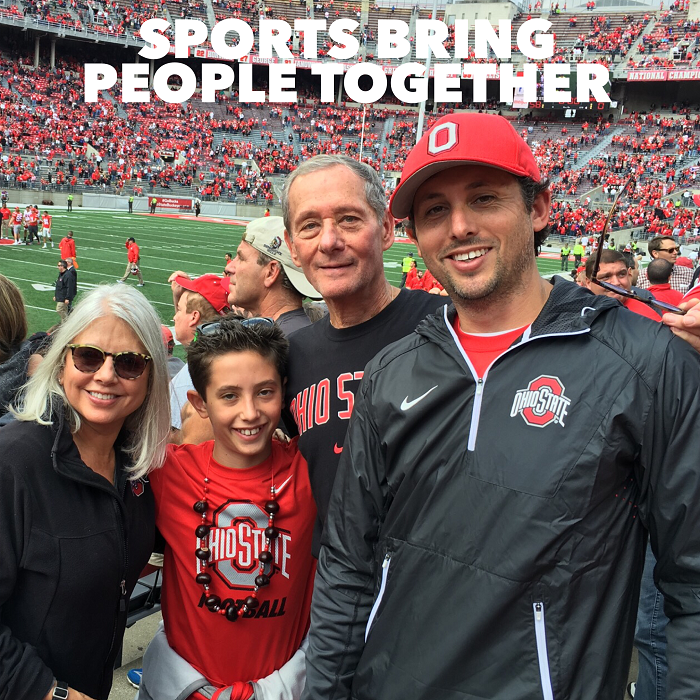 On this site, we use sports to create metaphors for business. Maybe that sounds a little strange since the two don’t normally go together. If you’re not a sports fan yourself, you might even be wondering why sports? What’s so special about these games that make us want to write about them so much?

Sports are not important. They can’t cure a disease or bring peace to the Middle East or resolve environmental disasters. Some people call sports a waste of time, and honestly, I can see why. But sometimes wasting time is fun. It’s relaxing to be able to just talk about nothing, to let the pressure go for a little while. Politics and religion and lots of other topics can tear people apart because disagreements really matter, or seem to, anyway. With sports, even when we argue, it’s just play.

Sports matter because they don’t matter. They’re an interest anyone can have in common, no matter who they are or what they do or care about “in real life.” Let me give you two examples.

When a team succeeds, the community comes together. Die-hards and casual fans alike pull for their team and, even more, for their town. When the local team is hot, you see people wearing their team’s colors who normally don’t even like sports. Suddenly, everyone has something in common, some reason to talk with people they don’t normally talk with, and everyone is showing their pride in where they live. The place just feels more upbeat, more friendly. Some cities rally around sports more than others, but it happens everywhere, to some degree.

Take the Carolina Panthers of 2015/16. They had an incredible run, 15-1 for the season, and a playoff run all the way to the Super Bowl. Schools, businesses, and everyone else got involved. Charlotte has a lot of recently-arrived residents, people who just moved here from places as far away as Pennsylvania, Ohio, New York, Massachusetts, or California, yet by the end of the run, many of these people really felt like Charlotte was their home. They had fun being part of a winning city. The Panthers ended up losing the Super Bowl, but that was ok. The good had already been done.

A few weeks ago, I was lucky enough to take my son to Columbus, Ohio, to go to an Ohio State football game. My parents (who met at The Ohio State University) joined us there. The game wasn’t a big matchup since they were playing Rutgers, but all home games for the Buckeyes are a big deal. The production quality is off the charts, from the activities around the stadium, to the warm-ups, to the pre-game, to the band, to the game, to the post-game.

More importantly, this game was an excuse for four members of a family to get together for a weekend and have fun. Trust me; with 105,830 people in attendance, we weren’t the only ones with this idea. There were families getting together, friends reuniting from not seeing each other for years, or months, or at least not since the last home game. This one football game where Ohio State was favored by 40 points brought all these people together. Two grandparents got to spend time with their grandson. We talked about school, about the other grandkids, and, yes, we talked about the Buckeyes football game, too. We ate and ate, and we ate some more. A silly football game that in the big scheme of things didn’t matter one little bit mattered so much. Sure, we could have met at a resort or hotel or art museum–my mother is an artist and would have liked that–but there is something about an event like this. Call it a game, call it a waste of time, but I call it a reason, a reason to be with people you have something in common with.

So, take a break from your business. Maybe you can’t go to the game, so you watch from a sports bar, from your house or a friend’s house, or maybe you watch on your phone. Maybe you don’t even like sports, you’re just there in the stadium, or there in front of the TV because someone you care about is into it. But however you watch and why-ever you watch, don’t lose sight of what you’re actually doing: connecting with people. Be grateful for that.

So go enjoy that winning team—heck, enjoy that losing team and plan those gatherings with your family and friends. These are memories that last forever.

And that is why we love sports enough to write about them all the time. Sports epitomize the relationships and the stories that make business worth it in the first place.

We enjoy bringing people together on our podcast. Check it out: Entrepreneur Perspectives

Did you know we have a content marketing company? KazCM