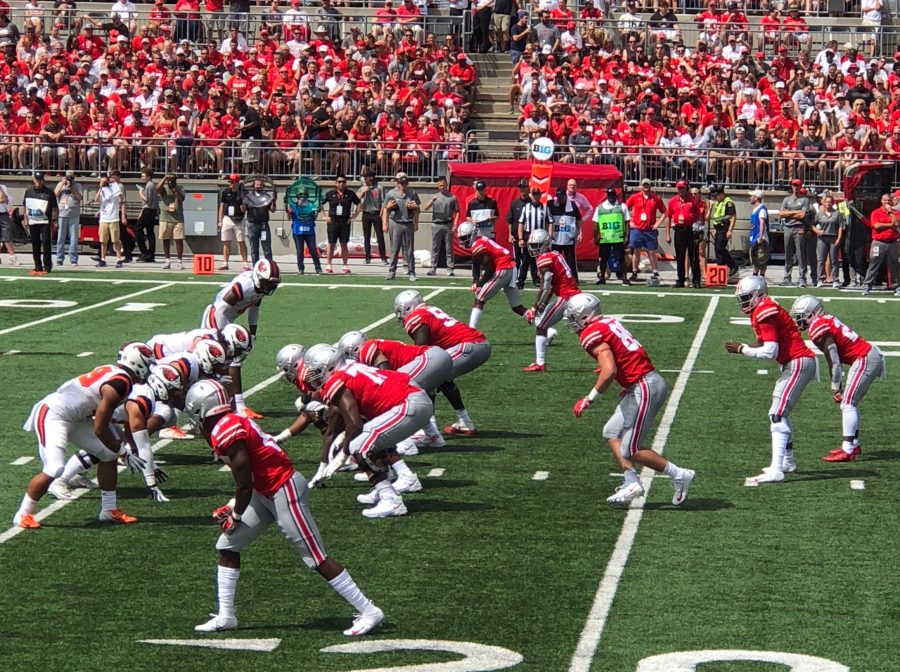 Pick a polarizing team in the world of sports.

Follow the commentary on that team on social media long enough, and you’ll start to see a pattern, a pattern of negativity—because these aren’t just opinions. These are opinions with an agenda.

There are many teams that are polarizing. The Dallas Cowboys, the New England Patriots, the Golden State Warriors, and the New York Yankees, come to mind, but there are many more. If you’re a fan, you’re used to hearing people, including people in the sports media, hating on your team. Maybe it’s because of your team’s success, or maybe it’s because someone on the team has a bad reputation, or maybe it’s something else.

Or maybe it’s to rile you up.

Let’s look at how this works with a team I follow, the Ohio State Buckeyes.

It might sound odd to put the Buckeyes on the same list as the Patriots, since we’re talking about a college team in the middle of Ohio, not an NFL team from a major city, but Ohio State has a large enrollment and has had such for many, many years.

Then you have the legacy impact, people like me, who didn’t go to Ohio State but became fans because we had parents and grandparents who did. There’s also the many people from the great state of Ohio. The point is there are a lot of Buckeye fans, a lot of passionate Buckeye fans, and when someone says something negative about our team, we get upset. We get upset, and we get defensive. We light up Twitter, Facebook, and various online message boards with our outrage—and the negative commentator who started it all gets a nice raise for driving so much engagement.

See how it works?

These people aren’t hating on our teams, or consistently picking the other team no matter what the stats say, because they just don’t like the Buckeyes. No, they’re doing it because we like the Buckeyes (or whomever else) and our reaction is predictable.

You can see the same pattern play out all across the country, in both national and local media outlets. Triggering outrage is good for business, and it’s been going on forever.

Now What, Buckeye Fans and Fans of Other Teams?

So, yes, you’re being manipulated. What do you want to do about it?

I suggest you start by taking the whole thing less seriously. Do you love to hate that member of the media who keeps undervaluing your team? Great! Enjoy it. But do you actually hate that person? If the tweets and comments and updates all designed to get your goat are really bringing out a negative mindset, then you should work to control your feed. Like everything else, if what these media members produce isn’t adding anything to your life, do you really want it?

Do you really want these people making extra money because they figured out how to get you mad?

Now, I realize I might be sounding a little hypocritical, here. I mean, here I am, calling out people for trying to drive engagements with negativity—isn’t that me being negative and hoping you engage with me on it? But the big difference is that I really do feel this way. I really am irritated by the manipulative media-beast, this isn’t some pose I’m striking for attention.

If I could change anything with this post (and I recognize I probably won’t) it be for all of you to quit being jerked around by people who don’t mean it, and instead find your own voices and, if possible, create your own platforms and tell the stories you want to tell.

And, negative or positive, be genuine. We all need more of that.

Check out our entrepreneurial podcast.