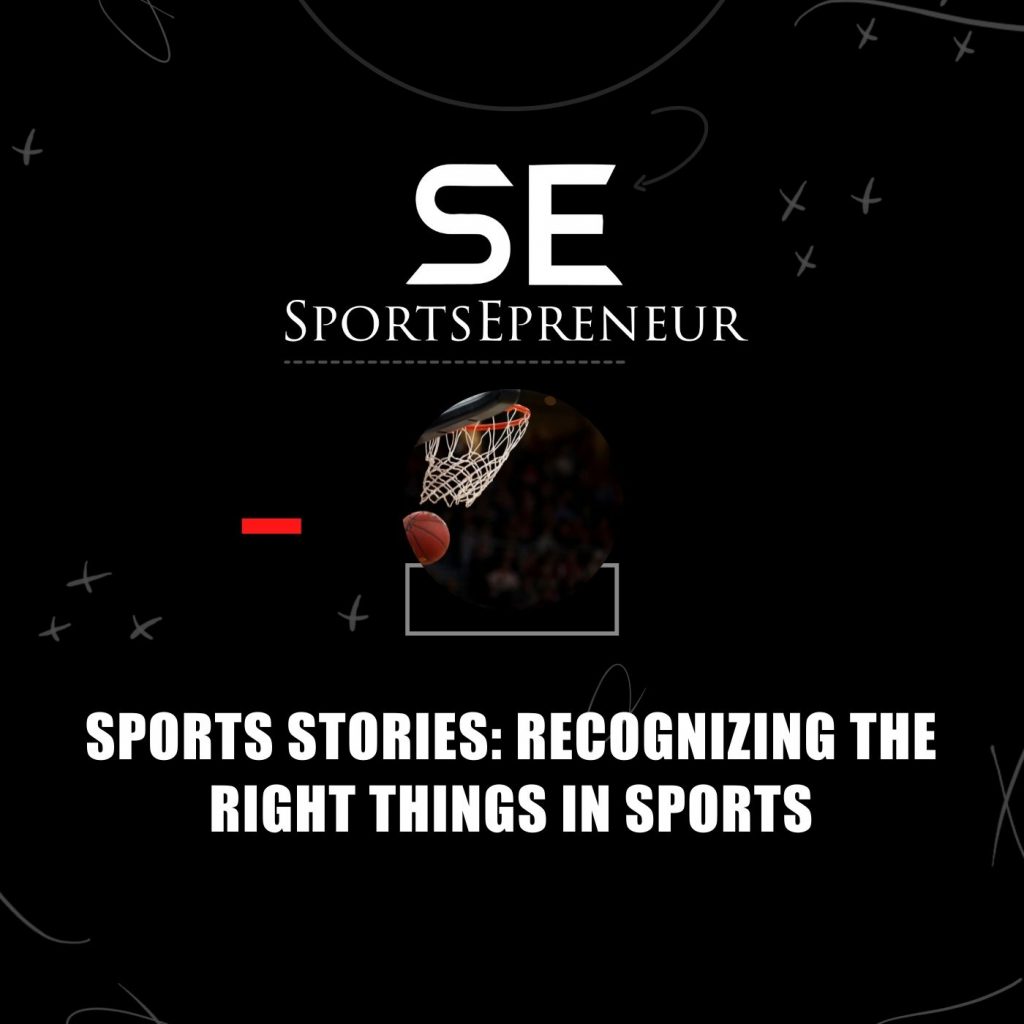 At SportsEpreneur, we think it is important to highlight the sports stories of those doing the right things in the sports world.

There is so much negativity in the news that it’s easy to get the wrong impression of the world. Maybe the bad stories have to be told, but there needs to be balance. We need to remember there is a lot of good out there, too. We need to show our appreciation for those who do the right things in the world of sports. So here are three sports stories about people recognizing others for their contributions.

You may have heard about Damian Lillard’s buzzer-beater heroics that sent the Blazers past the Oklahoma City Thunder in the playoffs. But after that incredible moment came a somber time for the Trail Blazer’s community when Jon Yim, their video coordinator, and player development coach, and his family were in a serious car accident.

That’s when the entire coaching staff for the Blazers wore bow ties for their Wednesday playoff game against the Denver Nuggets, as that is what Jon Yim would have done. We admire the Blazer’s organization for recognizing Yim and his family during an incredibly difficult time. We wish Jon Yim and his family a speedy recovery.

In an update since this article was written, Jon Yim has been released from the hospital! Former Blazer and current New York Knicks’ player, Noah Vonleh, wheeled him out of the hospital.

An Old Story About a Young Hero

These days, it seems like the draft is just an excuse for fans to dig up embarrassing stories from the new players’ pasts. But for San Francisco 49ers draft pick, Dre Greenlaw, the past is more like a source of justified pride.

Seems that back when Greenlaw was a college freshman, he was at a party where he spotted a young woman he knew heading out the door with a man he didn’t—and the woman was clearly intoxicated. Greenlaw stopped the pair and ran the man off. As it turned out, the guy had put something in the young woman’s drink.

Dre Greenlaw took a big risk that night—he was under-age, so while he wasn’t drinking, even just being at a keg party may have carried a bad impression. Had the would-be rapist fought Greenlaw, police could have been called and Greenlaw could have been off the school team, his career in sports over.

That woman’s father is the one who tweeted out the story, and he tells it better than we can. You can read the whole tweet-storm here. As a father myself, I can understand this man’s gratitude and I’m glad he shared this story with the rest of us. And I’m glad Dre Greenlaw did the brave thing.

"He had my daughter's back, and for that I will always owe him."

How 49ers draft pick Dre Greenlaw protected a girl in a "vulnerable position" when the two were at a University of Arkansas fraternity party: https://t.co/3shIojGrg7

Gratitude Where Gratitude Is Due

Recently, we were lucky to have Tom Murphy as a guest on our SportsEpreneur podcast. Tom is a catcher for the Seattle Mariners. It was a great episode, but the thing that stands out for me is the appreciation he gave his parents and his wife.

He says that his upbringing played a big part in him making it to where he is today, and that his wife is the rock that allows him to have a baseball player’s life. He realizes without his parents and wife, things would be different. To come on our podcast and speak so highly of these important people while at the same time recognizing the University at Buffalo, the Colorado Rockies, and his current team, the Seattle Mariners, says a lot about the kind of man Tom Murphy is.

You can listen to the podcast here.

When you recognize an important person going through a tough time, recognize a hero in your family’s story, or recognize those important people that help blaze and maintain a path for you, it all adds up to incredible gratitude and positivity—and we need more of all of that right now.