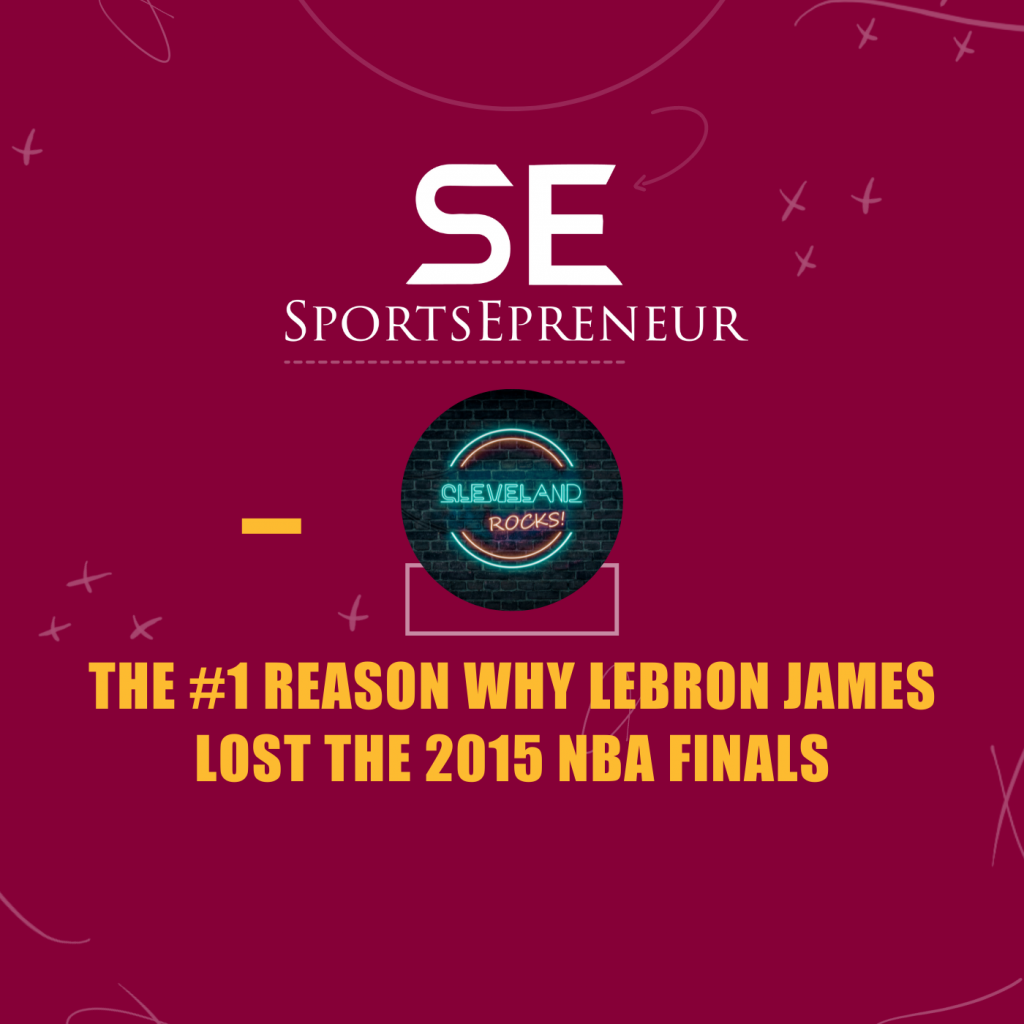 Forget the injuries. The Cleveland Cavaliers lost the 2015 NBA Finals for one reason; LeBron James did not listen to his coach.

Cleveland was up 2-1 in the best of 7 NBA Finals. The Golden State Warriors were a good team, but they hadn’t been playing well and Lebron had overwhelmed every other team up until that point. The Cavaliers could have won. They didn’t. Granted, there were injured players, and, granted, they had fierce competition, but if LeBron had been willing to work with his coach instead of against him, who knows what could have happened?

LeBron has been undermining Coach Blatt from the beginning. He calls plays on his own and if he thinks his coach’s plays aren’t going to work, he says so publically. He’s often right—that’s how the Cavaliers won the Chicago Bulls series a month earlier. But by clashing with, not supporting, David Blatt, LeBron fractured the leadership of the team. You don’t build consistent winners that way.

In business or in sports, sometimes the star player takes over. Stars win, as Lebron has, by being so much more talented than anyone else in the game. But sheer talent only goes so far—to win consistently, and to win against equally talented opponents, you need teamwork. And you rarely get that from a star acting like he makes all the decisions. And that’s why it’s not a surprise that Lebron is 2-5 in the NBA Finals.

Let’s translate this to the business world. Say you have five sales reps. Two of them do ok, two of them struggle, but that fifth? You can’t set a goal high enough for him. Do you know the 80/20 Principle? This is the guy bringing in most of that productive 20%. Now, ideally, that superstar can bring the whole team along, maybe help those two who are struggling, but if he’s fighting with his own supervisor that unity, that teamwork, can’t happen. The company succeeds because of its star, but it’s never going to be any better than it is. It’s never going to succeed as it could have by working as a team.

Maybe the star rep is just out for number one. Maybe, like LeBron, he wants his team to do well and just doesn’t like or trust his supervisor. Maybe it’s time for the supervisor to step up his game. Whatever the cause, it’s a problem and somebody has to solve it or the company as a whole will suffer.

David Blatt realizes he will never have another Lebron so he gives in and will let Lebron take him as far as LeBron can. It will be far, but will they reach the ultimate goal—an NBA Championship. And the interesting thing is that LeBron probably knows it now.

As an entrepreneur, you’ve probably heard the advice to fail and fail often. That failure will lead to success. That’s not just true for rookies, but also for legends—like LeBron James, the icon of the NBA. He’s still learning, and he’s almost certainly learning from last season’s mistake.

Watch out for him this year. He could get another championship ring yet.

The Cleveland Cavaliers Can Teach Us All About Obstacles

Be Like LeBron James: Responding to the Getty Fire

Eric Kasimov
PrevPreviousSystems: 1 Way to Mimic the NFL Using Evernote Scannable
NextIt’s How You Respond that Counts as Shown by the Kansas City RoyalsNext