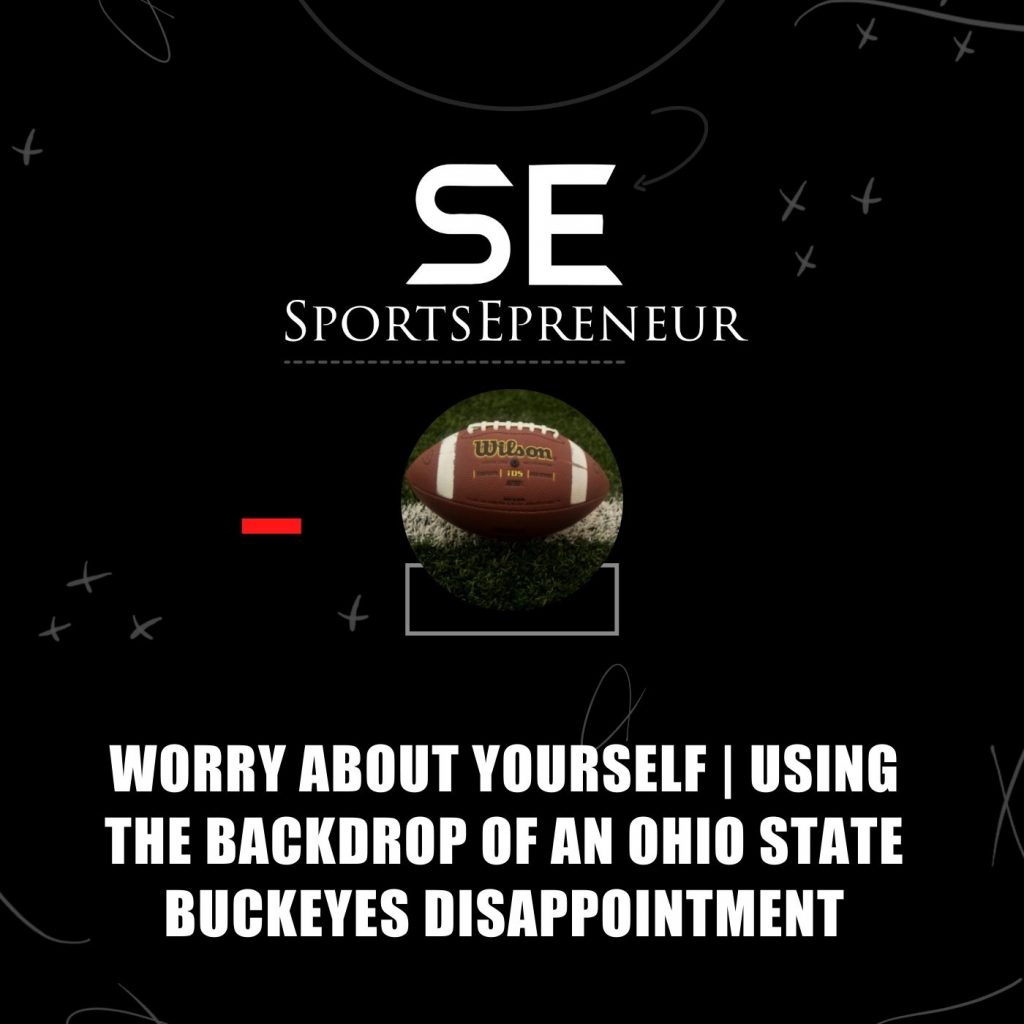 That was my thought as I scrolled tweets from Ohio State Football fans hoping bad things will happen to other teams. So, Ohio State didn’t make it to the College Football Playoff, and now they want this or that to go wrong for the teams that did—and I get it, until I think about it. I mean, the reality is, what happens from here on to Alabama, Michigan, Cincinnati, Georgia, or any other team for that matter, has few consequences for Ohio State and even fewer for the fans of Ohio State.

Now I’ll give you this; if, say, Michigan wins a National Championship, it could impact recruiting long term, thus strengthening one of Ohio State’s rivals. And Buckeye fans might have to deal with the fans of another team “rubbing it in.” But that’s not your problem.

Avoid that nonsense and mute that noise.

If someone gets a client you thought you should have, if a rival business seems to be doing better than yours, if you feel like someone else shouldn’t be where they are, then you’re thinking about and worrying about someone else. Maybe it can be a motivator, but more likely, if you’re jealous or critical or bitter, you’ll be focused on the wrong thing, and you will lose. It’s better to play your own game.

So now there’s a choice:

We could worry about the other people who are doing well when maybe we’re not, or we could concern ourselves with ourselves and play as well as we can.

#1: By the way, I used the word “worry” in the title, but that’s because of the phrase we often heard in school, “Jimmy, worry about yourself!” I’d highly discourage anyone from worrying about this or that. Worry is thinking too far ahead. It’s anxiety showing itself. Write articles like this to avoid that! Read, think, listen to podcasts, meditate, talk to someone. Don’t hide it, just be aware of it, recognize it, and then write or talk about it. Why do you think I write articles or talk on podcasts?

#2: By the way, I get that thinking about a football team’s success or lack thereof can seem ridiculous, but the point is not football. And yes, a sports team not having success — there are worse tragedies! That’s obvious. Don’t let it get in the way of using it for the infinite game.